Viruses, first observed in honeybees, have been documented in bumblebees and the prevalence and load of some RNA viruses have been associated with managed honeybees. Shared flowers may be the bridge across which viruses pass between bees but no study has yet demonstrated that bumblebees can pick up viruses while foraging on contaminated flowers. Here, through a series of mechanistic laboratory experiments and mathematical modeling, we ask whether viruses can be transmitted between bee genera on shared flowers and how transmission can be effectively mitigated. We demonstrated that deformed wing virus (DWV) can be transmitted from infected honeybees to bumblebees through the use of shared red clover. We were also able to show that the route may work in reverse and bumblebees could contribute to the spread as well. Our model showed that reducing vector-mediated transmission in honeybee colonies could potentially lead to a far greater reduction in bumblebee infection than simply reducing the number of honeybees. Additionally, we identified a dilution effect, whereby increasing floral abundance reduced transmission. Synthesis and applications. In this study, we showed that DWV may be spread between bee genera through the shared use of flowers. Through mathematical simulation, we identified two practical management options for reducing spread. The combination of treating honeybees effectively for the Varroa mite, a known vector of DWV, and increasing floral abundance where honeybees and native pollinators share the landscape were shown to reduce the spread of DWV within bee communities in simulations. 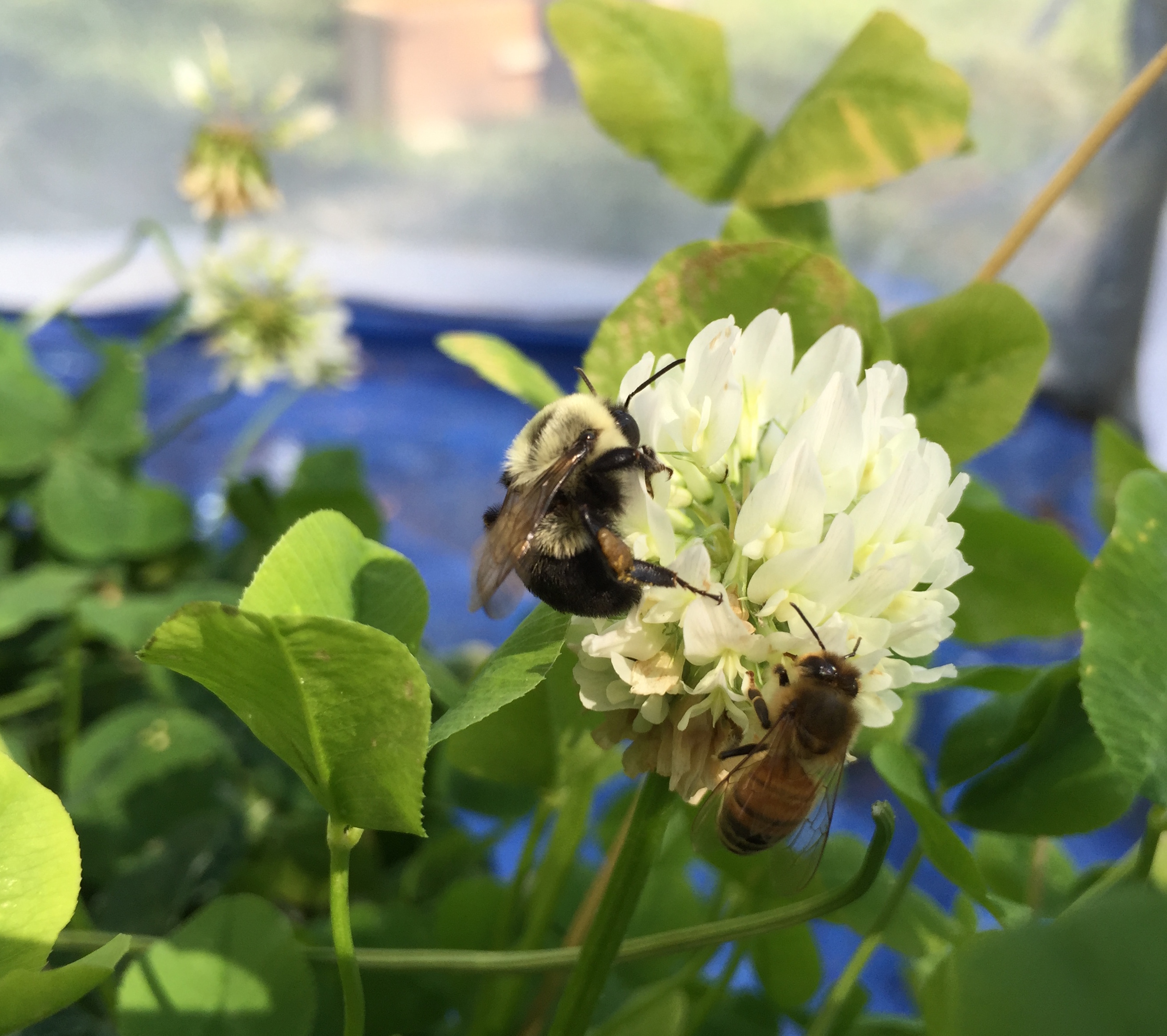 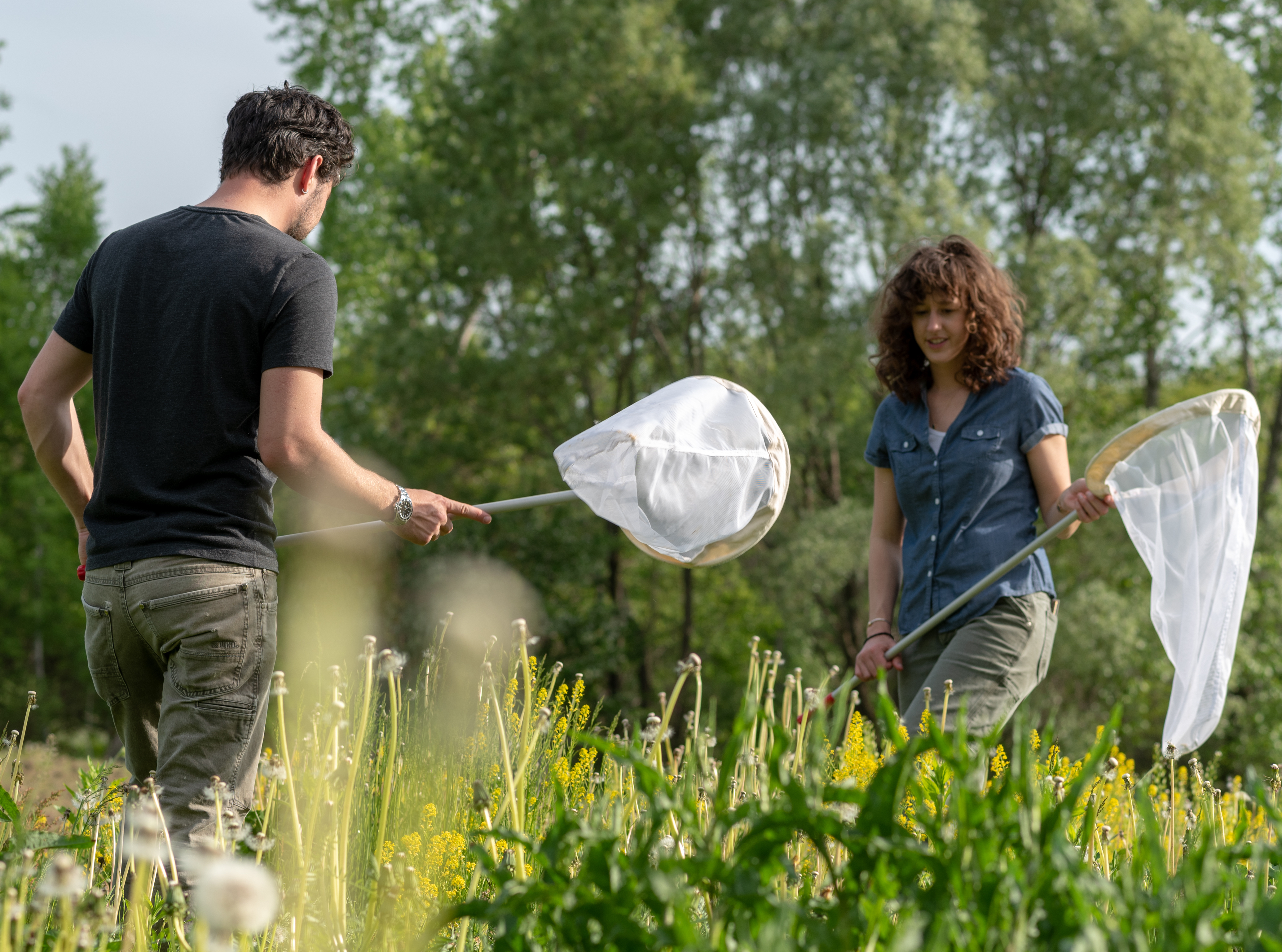 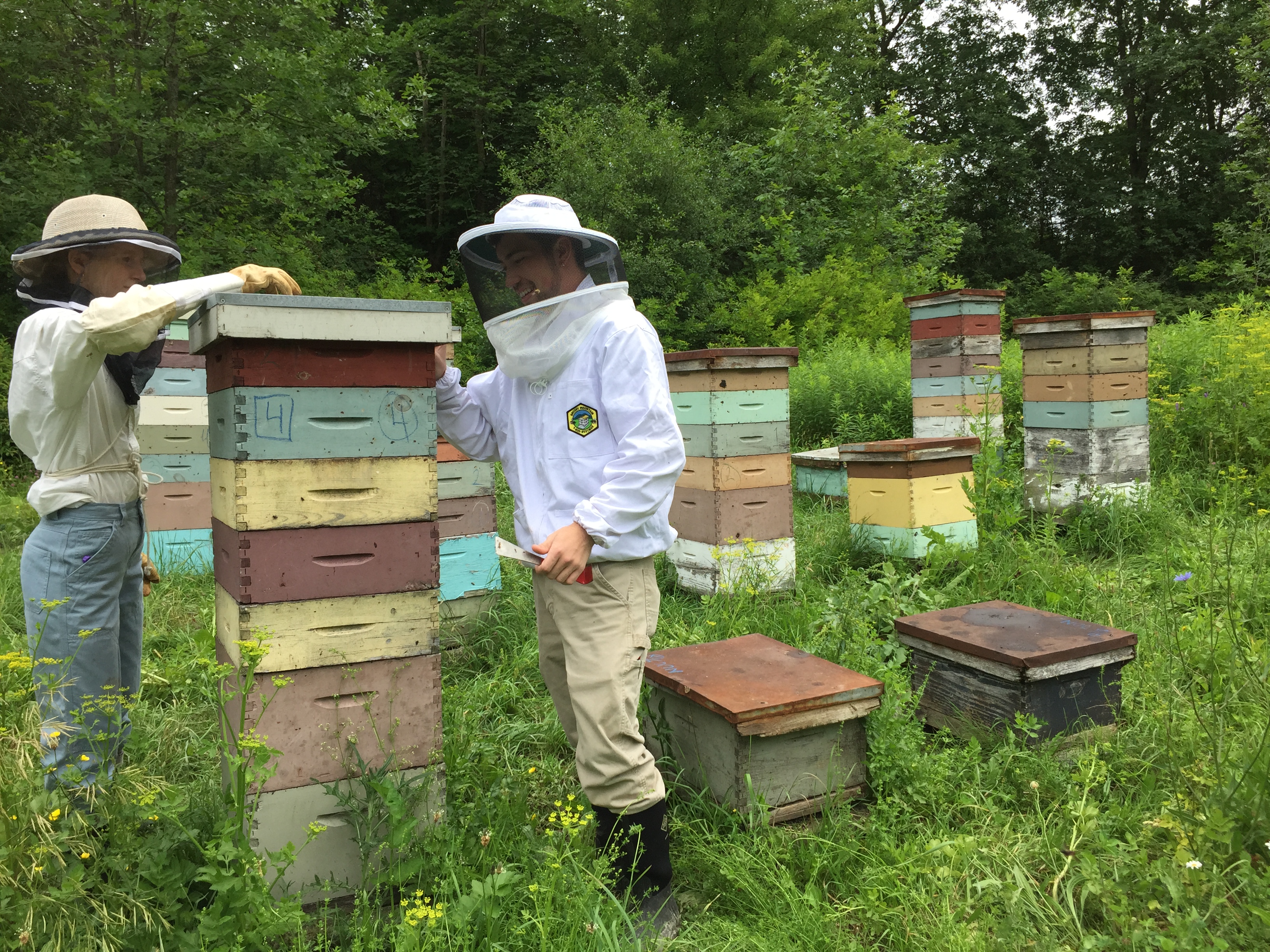